Atlantis is discussed in several contacts e.g. 3, 9, 55, 60, 70. While other contact reports have filled in this history in other ways. 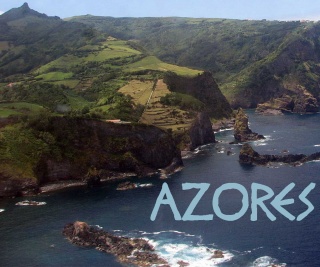 Another page is available: About Atlantis And Mu.

Summary:
The first mention of Atlantis occurs in contact 3 dated 8 Feb, 1975, on line 34. where Semjase mentions that Billy is due to "receive explanations about Atlantis and Mu".

Summary:
Followed by contact 9 dated 21 March, 1975. Again with Semjase, who explains that "the descendants of those who had settled on faraway worlds returned (contact 70 explains from Beta Centauri). They were again under the leadership of an IHWH (Described in contact 70 as Jschwjsch Atlant, married to Jschrisch Karyatide. Its explained in contact 60 as well as later in this contact 9 that another Jschwjsch called Arus "The Barbarian" attempted to seize Atlantis and succeeded in taking Hyperborea the area which today is Florida), under whose command they built on Atlantis and Mu. They built huge cities on each of the two separate continents (Described in contact 55 as North/South America and Europe/Africa). For thousands of years they lived in friendship and peace, until a few scientists were again overcome by the old thirst for might and power, and tried to seize the government. But having tired of wars, the nations rose up against them, and they occupied spaceships and fled into cosmic space; that being some 15,000 years ago in Earth chronology."

Summary:
In contact 55 dated 14 June 1976, Semjase provides Billy with the explanation that Greater Atlantis was situated between the separated continents of North/South America and Europe/Africa placing it roughly within the current equatorial climate zone. With the smaller-Atlantis being in the Santorini region, which partly constitutes the Greek archipelago in the Mediterranean Sea, Aegean Sea and Sea of Crete. It is again briefly explained that Greater Atlantis was damaged and subsequently sank into the ocean as a result of war activities with the inhabitants of Mu. Which was at that time a country in the place of the now Chinese Gobi desert. But the country of Mu was also destroyed during these war activities and also ceased to exist. However the subterranean town of Agarta remained due to its subterranean construction. 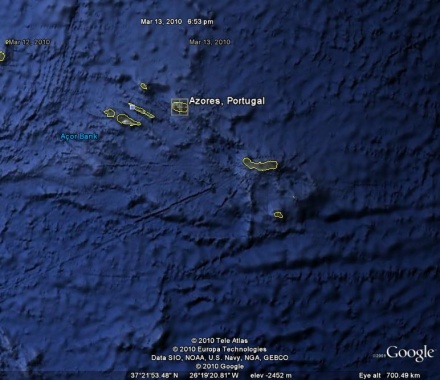 The location of the now-destroyed Greater Atlantis?

Summary:
In contact 60 dated 8 July, 1976, Semjase gives Billy a detailed explanation of the history leading up to and including the war that led to the total destruction of both Mu in the area of the Gobi desert and Greater Atlantis in the Atlantic Ocean whereby only a few small islands are left, namely the Azore Islands. Briefly, an extremely evil JHWH named Arus and his followers led constant attacks against both cities in order to try and take possession of them. Worldwide wars raged for 2 milleniums. As a result of intrigues, hate and the will for destruction arose amongst the inhabitants of both cities towards each other. The Atlantians commanded a huge fighting fleet of fighter beamships of all types. In a quick attack they completely levelled Mu. However, the scientists of Mu had also developed a most powerful weapon whereby they were able to direct large asteroids to act as huge unstoppable bombs. As the Atlantians rejoiced over their quick decisive victory over Mu, some Mu scientists, who had been notified of the attack while working in space developing their destructive technology, chose an appropriate asteroid and guided her in a suicide mission to completely destroy Atlantis with a force so great, the Earth had, and never will see the likes of it again...As the asteroid entered into the atmosphere, it split into thousands of smaller pieces with a total power greater than 32,000 hydrogen bombs. These crashed down with such force into the ocean that they caused the Earth's crust to break. A giant flood wave the height of 2,300 meters arose and this is what caused the complete submergence of countries and the city of Greater Atlantis. These events transpired approximately 11,500 years ago.

Summary:
In contact 70 dated 6 January, 1977, Semjase really lays out all of these connections. Explaining that the original return was from Beta Centauri. That Jschwjsch Atlant was married to Jschrisch Karyatide. That Karyatide had a cousin named Muras who at the same time "Lesser Atlantis" (smaller-Atlantis) was being built."The gigantic (Overground) city of Mu" was built too. Furthermore that "the reason for the construction of these cities so far apart was, that the humans had become cleverer through all the wars, and hoped for peace as a result of the great distance between the cities, if everyone stayed in their domains."

The situation went well for 1,800 years. Then, however, again some scientists exalted themselves, whipped up by power lust, and tried to snatch up control for themselves. This time, however, they had not reckoned on the peoples' memory of war which had been passed down over the ages. So before the scientists could strike, the people rose up against them. Through an accomplice, the scientists obtained possession of spaceships and fled into the space-time-shifted regions of Beta-Centauri. This was 15,000 Earth years ago. After 2,000 years, during which the malicious refugees again created a high technical standard and produced many descendants, they returned, filled with hate, to the Earth, after they had increased their hate immeasurably against the extraterrestrial inhabitants of Earth, and were only able to preserve order within their own ranks with terrible punishments. Spurred on through their inhuman hate, they, through research and the knowledge obtained from it, drove up their life expectancy to more than a thousand years. Their single wish was, however, to gain control over the Earth, for which reason every individual was taught wicked intrigues and was instructed in the craft of war. After 2,000 years, this hate-drenched people was so far along that it could venture an attack on the Earth, therefore it manned its ships and came newly to the Earth, and indeed under the leadership of the Jschwjsch Arus, the barbarian. This happened 13,000 years ago. Arus was extremely bestial and barbarous in his disposition, and his power was feared. Arus also had 200 high-grade scientists with him, which he made sub-leaders. In a lightning action they fell upon the Earth, robbing, murdering, and taking possession of the land. Primarily, they conquered the distant land in the northern regions, where the climate was moderate and very good. These were those regions, which are traditionally known to you as Hyperborea, and which were far in the north, before an upset of the Earth shifted its axis (See Polar Axis Shift), so that the then regions exist today where you name Florida. 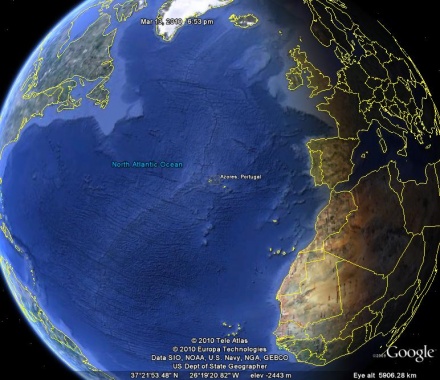 Coming from the north, Arus's son, Arus the Second, set out and fell upon those lands which today you call India, Pakistan and Persia, and so forth, whereby they struck the earliest forefathers of the Sumerians, who, peace loving, fled and set down far in the south; a people of dark coloured skin, by your terms, but like Europeans and of tall growth, risen from a race of former Sirian refugees, who had likewise settled on the Earth 33,000 years ago, as did the refugees from the Plejaren-System.

Named after Arus the Second, the India of today was at that time called Arien, which, however, split off from Hyperborea after a few centuries, after 210 years, to be exact, and joined with the inhabitants of Mu and Agharta (Called Agarta in contact 55), while from Hyperborea, Arus the First constantly troubled Mu and Greater-Atlantis by wicked war activities, in order to become their ruler.

During around 502 years, those war machinations continued, until Arus the First, who in the meanwhile had become old and weak, succeeded in infiltrating wicked elements of his hater humans into the leading controlling ranks of Atlantis and Mu, who secretly stirred up violence and hate for so long, as also did their descendants over several centuries, until, through boundless intrigues, Mu and Atlantis were able to be completely destroyed some centuries later, while the only few survivors were beaten into servitude.

However, great scientists, in knowledge of the coming things and conscious of their powerlessness, set off in spaceships and fled towards the early home-worlds in the Plejaren systems, where they were affably received.

I indeed do not need to speak yet again about the destruction of Atlantis and Mu because you will find that as a separate chronicle in the explanations given to you.

So it only remains for me to report that Arus the Eleventh, as a very distant descendent of Arus the First, was murdered in his old age many thousands of years later, and around a hundred-thousand years after the destruction of Mu and Atlantis, by his third-born son Jehavon, after which this one took over command of the hater-people, in order to rule these and three Earthly peoples and the Hyperboreans himself.

Summary:
In contact 219, 16th June 1987, Quetzal explains that there were four different Atlantises. The following are those four Atlantises chronicled in the same order as found in Contact Report 219, but with map notes for your own map investigations.

Summary:
In contact 256, 13th May 1996, included within a reader question in FIGU Bulletin 011, Ptaah provides information about the various additional ancient pyramid structures aside those of Egypt. Their historical relationship with the various prevailing events, re-purposing and association with the orientation of the stars around the Earth at the time of their construction, approximately 73,340 years ago.