“ We are only here in order to fulfil our mission and the prevention of the catastrophe and to prepare you for your difficult assignment as prophet. For further things, like help with evolution and so forth, other forms of life from your own universe are responsible, who will initially called themselves Pleiadians. Already for millennia, they supervise the Earth and keep those space-faring races in check who wish evil for you Earth humans and want to gain control over Earth humanity with the employment of religion and all the related deceptions, hallucinations, and trickery with which they buoy up the Earth humans with false promises.

Contact Reports or Contact Notes are conversations, discussions, talks / chats or transcriptions. They are real contacts that took place and are still taking place in all sorts of different locations, sometimes even changing location mid conversation. Topics or subjects are diverse, varying broadly, but which are presented consistently and chronologically. Publication is in Swiss German, either through the FIGU website or printed book later, which is later still translated into English and then later still added to this website, which is why we pair up the two languages and present them side by side for the reader.

Eduard Meier first communicated with extraterrestrials from 1942 to 1953 with Sfath, an older gentlemen from Erra (Pleiades / Plejaren). Subsequent contacts then emerged from 1953 to 1964 with Asket, a woman who originates from the DAL Universe. Eduard since 1975 to the 3rd of February 2017, then had 1704 personal and 1294 telepathic contacts [continue reading]

...with Pleiadian/Plejaren/Plejadisch-plejarische extraterrestrials and federated member contact persons; members of their Federation from other worlds. Which became the better known worldwide famous publicised, scrutinised and criticised texts, after the internet was invented. It is still ongoing and the plan is to continue for the foreseeable future. Of those contacts, at least 671 are presented as contact reports which if translated into English from German and already presented on this website then may be read below.[2]

How It All Began

The Plejaren and the Federation members are folks with physical bodies that for the most part look very similar to those of Earth folks. There are some anatomical differences which belong to the wider Federation members. [continue reading]

Their average life expectancy is about 1000 years. Their home planet is typically Erra, which is a planet a little smaller than Earth and has a population of around 500 million. The population of the entire federation is around a hundred and twenty thousand million (120 billion short count).

The Pleiades / Plejares stars aren't identical to the Pleiades known to us. They're 80 light years further away than the seven sisters star cluster that is visible from the Earth at night. What's more it's a system in a different space-time-structure i.e. another dimension altogether.

They're consciously i.e. mentally, and technically i.e. engineering and technologically; far ahead of the Earth humans.

We Earthlings and the Pleiadians / Plejaren do share a common ancestry, but we are on entirely separate paths of development and Consciousness Evolution.

The situation naturally raises all kinds of questions, the vast majority of which have been answered one way or another.

By August 2018 there were 15 Plejadisch-plejarische Kontaktberichte, see Book Statistics (A4-sized thread-bound books with approx. 500 pages each).

Creation (supernatural) and its Creations (life), Universe Origin (big bang), Earth History (archaeology), Science (physics, mathematics, biology), Astronomy, Spirituality (philosophy), Reincarnation (consciousness evolution, human beings, life and death), Genetic Manipulation (including ancient), Earth Religions, Human Evolution (history and consciousness), Spiritual Science, Interplanetary Spaceflight (UFOs), Galactic Federation, Extraterrestrial Origins and Their Visits on Earth (throughout all history), Telepathy (and many other related capabilities which can be developed), Overpopulation on Earth, Environmental degradation, male-female relationships, cover-ups by governments, government agencies and the military, along with many other issues and trivia. All of which and many others have subject accumulation pages on this website if you use the search box in the top right or the Meier Encyclopedia. 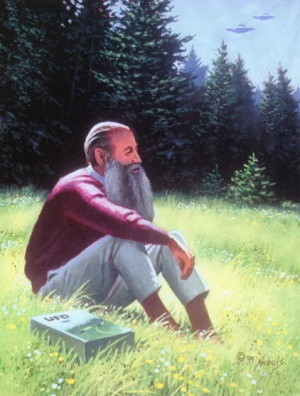 The Pleiadian/Plejaren Contact Reports
1975 to present,[5] with many Plejaren Federation personnel
Communication with all other Plejaren personnel began when Eduard was aged 38 (1975) and has continued to today.

Big Thank You! to all the translators and contributors involved, well done!.

The great resource of information on the website is the result of decades of international collaboration, cooperation, participation and working together. There are many additional, ongoing and other tasks besides translating with which we need voluntary help. See How can I help?, Contributing Content and the article below Appeal to all responsible, thank you.


Appeal to all responsible
Source: http://www.figu.org/ch/verein/in-eigener-sache/uebersetzungen

The UFO concerns of 'Billy' Eduard Albert Meier (BEAM) are but a small part of the tip of a vast iceberg hiding the doctrine of the truth of creation and its laws and commandments. BEAM's mission is to teach this doctrine of Earth humanity. All the knowledge and the whole truth are extremely extensive and of profound importance to every human being. Consequently everything has to be comprehensively recorded and made accessible to all people.

However, this requires a lot of work and also much needed capital investment, money, resource donation and voluntary labour. Therefore, the FIGU seeks those interested in the creative-natural truth, people who are willing to, free of charge, translate the writings and books of the 'Freie Interessengemeinschaft für Grenz- und Geisteswissenschaften and Ufologie-Studien' FIGU, into a variety of languages. To find a number of publishers which donors can purvey translated works, being printed and therefore distributed.

The efforts in this regard must however go out exclusively by the respective interested persons, as the FIGU labourers are not financially capable and able to place themselves in such a situation and besides that it is also not their job.

With regard to the production of fonts and books as well as their printing and distribution, SSSC is solely responsible for the German-speaking area, while for other languages ​​and countries their own interests (language translation) must be found.

To translate the scriptures and books, it is necessary that both the German and the translation language are perfectly mastered and that the contents of the script and the book are thoroughly studied and understood, which requires a thorough study, at least in relation to the all-embracing doctrine of creative natural truth. [continue reading]

The textbooks may only be translated from the original German language into a foreign language, and when printing the works, the condition is stipulated that the German original text must be placed opposite the translation page. This is intended, on the one hand, to prevent distortions from appearing, and, on the other hand, to allow for constant monitoring on the basis of the original text. But this ensures a certainty that not distortions and new heresies arise, as unfortunately happened worldwide with various writings and their ideologies since time immemorial.

Translations from the original German text into other languages ​​can only be made if the translation languages ​​and the German language are perfectly mastered, as has already been explained, and if the material to be translated is understood in principle and can also be interpreted into the language to be translated. If all these requirements can be met, then please contact us if you are interested, either at the following address: FIGU, Semjase-Silver-Star-Center, CH-8495 Schmidrüti / Switzerland or via the Internet. After a detailed clarification of all necessary matters, the FIGU gladly provides a free copy of the typeface or book to which the translation interest applies. First and foremost, we aim for translations in the following languages: English, French, Italian, Spanish, Swedish, Portuguese, Dutch and Russian, but also in Greek, Hebrew, Arabic, Korean, Czech, Polish, Slovak and Chinese etc.

Help the FIGU through your valued collaboration - if you are able and capable of doing so - to promote the spread of the creative-natural truth with its laws and commandments and to support <Billy> Eduard Albert Meier's and the FIGU mission, the They are both important ministries for the evolution of terrestrial humanity, so that true love, freedom, wisdom and harmony, as well as knowledge and peace, can slowly and surely unfold among the people of the earth.

A translation example (External) (German and some English)

And here is more important information. Unfortunately, we repeatedly find Billy's books and pamphlets to be illegally translated and distributed - especially on the Internet - that are full of mistakes and falsifications. Just recently (October 2002) we became aware of an illegal translation of the Talmud Jmmanuel into Norwegian, which was posted anonymously on the internet. With such usually well meant, but in the end dangerous and illegal (copyright!) Activities you harm the FIGU mission, because truth is mixed with untruth. Once again, this will mislead earthlings, as was the case with the blatant falsification of the Talmud Jmmanuel some 2000 years ago.

It should be repeated again: All translations must be made from the original German text, by appropriate professionals and with the written permission of the author (Billy / FIGU)!

We ask our friends to inform us when they discover translations of our scriptures somewhere so that we can investigate. In addition, everyone is advised to refer to the information on the websites of FIGU Switzerland and its study groups regarding translated texts and to observe the official links to other websites.

Thank you very much

The translation effort tends to be voluntary (few exceptions),[6] which unfortunately tends to often be forgotten, under-appreciated or is simply not known to new readers. It requires devotion and translation skill by individuals all over the world and developing the skills necessary to translate to a professional comprehensive standard takes time and dedication. Without this voluntary free of charge work effort, individuals in the English speaking world and Anglosphere,[7] as it is for the other languages, would have only poorly translated texts; we wish therefore to express our gratitude and appreciation to them, we are all very thankful to those few individuals who have put in that effort, thank you for all the work, time and effort.

The translations may contain errors (as indicated at the top of contact report pages) even though meticulous efforts have been made to remove all of them; which is why the original German book source text tends to be included side by side with the English translation where possible and available. The layout on this website and others of having original text beside the translation additionally lends itself well to individuals independently fathoming a meaning which may not have been successfully passed across and transferred over the language barrier or been understood by the translator, without necessarily having to embroil others and the original translators to obtain those meanings. The meaning behind those complicated sentences and paragraphs can be garnered independently.

See main page of http://www.billymeiertranslations.com/ for an explanation about translations into other languages and the reason the German language is included with the English (or any language it's translated into).

Nevertheless it's appreciated that it will continue to be read in English, the FIGU dictionary http://dict.figu.org/ has been established to help readers and translators choose the appropriate synonym and definition to use.

There has not been a broadcast media documentary production based on the information, by a German television company organisation, however.