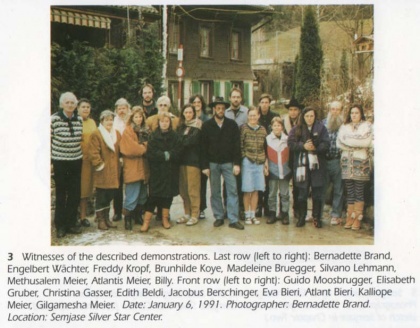 Witnesses to beamship flight demonstrations and other types of events. Image scanned from "And Still They Fly" 2nd Edition by Guido Moosebrugger.

Between 1962 and 2010 there were over 120[1] known witnesses to various types of events that corroborate, verify, enforce and prove the authenticity of Billy Meier's experiences.

The types of events include, but are not limited to:

Testimony from some Meier-case witnesses