Consciousness is the quality or state of being aware. Philosophers believe there is a broadly shared intuition about what consciousness is. 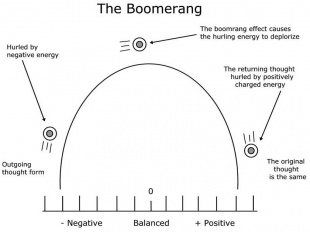 Quetzal:
13. ...the animation of the foetus takes place via the spirit form on the 21st day after conception, with which also the heart begins its rhythmic activity, and thus begins the existence of the individual because at the same moment, when the rebirth, respectively the reincarnation, of the spirit form takes place in the foetus, the new personality, along with the entire consciousness block, becomes born into new life.
14. Furthermore, it must be said that prior to this moment - up to around the 14th day after conception, which can vary - still different processes in the fertilised egg take place, as for example the division into twins.

Ptaah:
...everything must be built up consciously and through a strong will, and brought to effect; and if this cannot be carried through by Earth-humans, it means then that they are unmotivated and have no chance to live a true life. But that also means that they are not able to form any true development of the consciousness, as they likewise, through their own fault, fall prey to the incapability to comprehend the creational-natural laws and recommendations and the incapability to implement them in their life. These kinds of Earth-humans only vegetate away, without true development of consciousness and far from comprehension, compliance to, and fulfilment of the true values of life. Only lack of impetus (drive), fear, lack of interest, lack of will and lack of motivation are their métier, hence they cannot have experiences of achievement that are true-to-life and valuable. If the Earth-human wants to develop interests, motivations for this and that, as well as a determinative willpower and assertiveness, fundamentally, it is necessary for him/her, that he/she comes from a point of view that everything is possible for him/her and the achievement of his/her fulfilments and that he/she is also capable of everything. Doubt and uncertainty, anxiety, fear, disinterest and boredom etc., must fundamentally be switched off because they are the biggest enemies of every interest and every motivation.

Quetzal:
60. Aromas, smells, and tastes also affect the immune system, from which it follows that they may also be health-promoting or injurious to health, namely depending on their type and intensity.
61. Of course, this is also valid for the psyche and for the consciousness.

Semjase:
35. ...it is still curable.
36. Their consciousness damage only rests in a single cell of their brain, in which consciousness-confusing acids have formed, which create a dependent bondage and which exclude the capacity to distinguish truth and falsehood.
37. Neutral thinking without any prejudice would dissolve and eliminate these harmful acids in the aforesaid cell again.