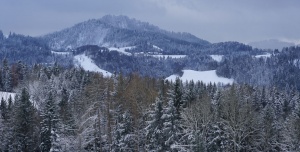 From 23rd September 1964 to 3rd September 2015 there were 23 assassination attempts (Murder attempts) against 'Billy' Eduard Albert Meier. Originating from both terrestrial and extraterrestrial human beings. It is because there are many bad folks in the world who just don't like what he is doing and writing about.

Two noteworthy dates once again, since on these two days someone twice attempted to change me from the living to the dead—probably in response to what I said in Bulletin #16 and on the Internet regarding the seedy schemes of the "Men in Black" and the Asket-Nera photo forgeries. Kal K. Korff and Luc Bürgin both took negative positions against me again, for they believe they have to aggrandize and promote themselves as the alleged "debunkers of the Billy Meier hoax." To this end, they are not even hesitating to also exploit P. for their defamations. And I want it to be known that since their openly defamatory remarks provoked my clarifications in Bulletin #16 and on the Internet, they must bear some blame for the new assassination attempts that have been directed against me and my life. And all of this has taken place after several years of tranquility in which no assaults were made on me.

Here then are the circumstances regarding the assaults: On June 8, 1998, at 4:40 p.m., I was walking on the premises of the Semjase-Silver-Star-Center from the shed toward the charcoal pile and the Schmidrüti storage area. I had just passed on my right the road sign banning vehicular traffic, and was level with a nearby red maple tree, when a shot suddenly rang out from the left. With the bang of the shot I felt the air move as the bullet whizzed past my forehead—at least this is how I interpreted the gentle breeze. — About 30 minutes later, when a few Center residents and I inspected more closely the actual site of the shooting, and after we had examined the immediate surroundings and beyond, we discovered the entry point of the bullet in the trunk of the red maple tree. The bullet was a 22 caliber. When I stood beside the tree my forehead was at the precise level of the bullet hole.

Unfortunately, we were unable to track down the individual who had fired the shot at me since the assailant disappeared undetected, as I rushed into the house to get my weapon so I would not to be unprotected in the event of another attack. — The shot was heard also by Conny Wächter and Aroona, her daughter, who both stood about 30 meters [90 ft] from me at the time. From her office, Eva Bieri also heard the shot ring out, as did Davide Turla, a Passive Group member, who was approximately 50 meters [150 ft] away on the Schmidrüti Forest storage area. — I was in Conny Wächter's direct field of vision and she could, therefore, clearly see me. And yet, even she was unable to spot the assailant; but that was not surprising after all, because the three of us later ascertained that the person had been hiding in the dense foliage of the hillside bushes where the assailant could not be seen, although the individual was just 8 meters [24 ft] away from me. It almost seems to me like a miracle that the bullet missed me at this short range, for it passed my forehead by a mere millimeter or two.

After this unsuccessful attempt, I thought, the matter would be over for a while as was always the case before. But far from it. Only 28½ hours later in the early morning hours of June 10, at 3:05 a.m., I was once more assaulted. This time the assailant used a cheap throwing-knife and apparently did not have much of a clue about handling such a weapon—to my own good fortune.

Silvano Lehmann, on guard duty that night, was standing just below the parking lot by the garage across the open area as I approached him. Twice I heard some strange sounds along the wooded hillside. Although there was a moon in the sky that weakly illuminated the parking lot and both Silvano and me, we could see nothing in direction from where the unusual sounds had originated since everything was enveloped in the deep shadows beneath the trees. As we listened for one, two or three minutes for any additional telltale sounds in the night, I stood on slightly higher ground than Silvano because I was on the sloped edge of the parking lot, facing him. Suddenly I felt a powerful blow to my left kidney and heard a metallic clanging when something dropped on the ground to my left. With my flashlight I scanned the ground in hopes of locating what had hit me and then fallen down. Silvano and I could immediately see that it was a throwing-knife, obviously hurled at me by an inexperienced individual, because it struck me handle first, fortunately, in the kidney area (the knife had probably rotated on its axis as it jettisoned toward me). The pain from the impact was considerable, and it only abated slowly after lingering for several days. — Had the knife missed me and continued on its track through the air, it certainly would have rotated again and struck Silvano squarely in the face, since he was standing slightly below me on the lower path, a mere one meter [3 ft] away from me.

Although we immediately illuminated the dark hillside with our flashlights, and quickly searched the trail there, we found nothing except the knife's sheath, which the knife-throwing assailant—who was obviously quicker in disappearing from the premises than we were in reaching his hideout, even though we had sprinted 10 meters [33 ft] before we reached the trail—had inadvertently dropped at the site. Ten meters also happens to be the distance across which the throwing knife had been hurled at me.

I can only state that I find it despicable and sad that somebody would attempt to eliminate the truth in this way, and it matters not whether the "Men in Black" are behind these assassination attempts and, as usual, exploited a labile terrestrial to do their filthy work, or whether the person is simply a confused Billy Meier enemy. I strongly doubt the latter and tend to think that it was the scheming "Men in Black." Most of the assaults upon my life, after all, were perpetrated by them in a manner whereby they influenced unstable people and forced them into following their commands, since they themselves have no desire to execute their own dirty deeds, and especially not with their own, highly-developed weapons whose secret technology would, therefore, be revealed. This is the last thing they would want because such information must remain a secret. — One way or another, in my opinion the assailants are wretched fools who will pay an incredibly steep price in the future for taking the chances they do in this manner.