Erra is the home-world of Ptaah, Quetzal, Semjase, Sfath and around 550,000,000 others. Its a world with Plejaren Federation membership. Located in a time-shifted Space-time configuration Dimension.

The page is by no means an exhaustive listing of information related to Erra, it doesn't even have completely formed descriptions from the approved translations, and the information may require citations and references. The page was initially meant and designed to be an overview, and has with moderate success, but it has evolved with several sources. Editors are encouraged to find, include and rework with those references to complete the presentation more confidently. 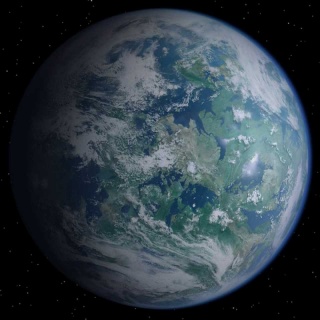 With Plejaren forefathers, a new energy-obtaining technology, which could absolutely guarantee safety, was only created after a worldwide catastrophe was caused by bursting atomic reactors - as a result of which gigantic areas were contaminated with nuclear radiation for a very long time.[13]